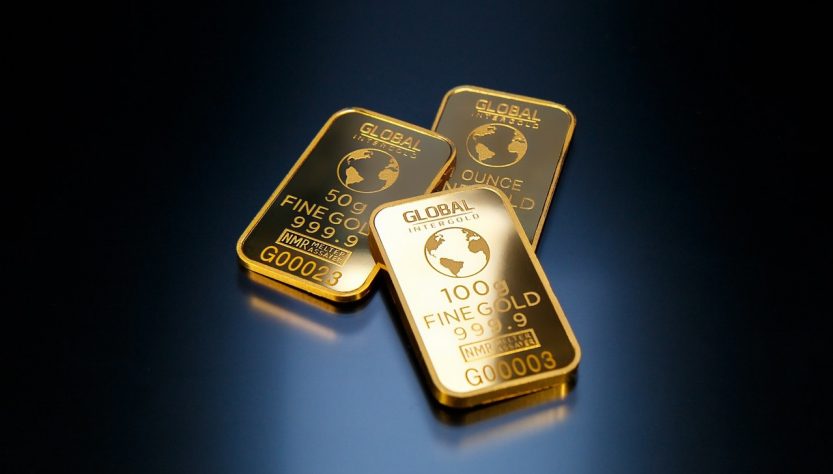 There has been a lot of talk about Australia selling off its gold to China. Under normal circumstances, this would not have been a big deal, but things have not normal for a while. America has launched a trade war against China, China is making serious moves with its belt and roads projects which looks like they are trying to take over the world by controlling the trading routes and then there is Brexit and the uncertainty that comes with. Turkey has bought a lot of gold in response to America’s tariff increases. Venezuela’s economy has collapsed and it too wants its gold back from the UK. UK might have to go into recession because of its exit from the European Union. As things stand now, we might be standing at the precipice of a major financial meltdown. In that case countries like Australia and every other country would be wise to hold onto their gold rather than sell bullion to countries like China and why sell bullion in secrecy?

The Australian Central Bank holds a portion of the country’s gold as most country’s banks would. However, it was reported back in December 2012 that 99.9% of the gold which is worth $4.4 billion is actually held by the Bank of England. Essentially, this means the Central bank is only earning interest on 11 tonnes of gold and 69 tonnes of the rest of Australian gold has been sitting in a vault somewhere in London. That does not seem like good economics, even to a lay person.

Conspiracy theorists have been saying that this is not the case. There is speculation that there actually is no gold in London and that Australia has been selling its gold all along – to China. How else could China be accumulating more gold than what is produced by mining. The theory is that central banks in the west have been selling gold to China and other Eastern countries covertly or leasing it through bullion banks and getting IOUs in return.

According to one economist, China and India have managed to accumulate 26,000 tones of gold since 2008. This figure is astronomical and cannot be attributed to mining production.

The last Audit of Australia’s gold holding conducted in 2013 has not been made public. This points to some sort of cover up. Australia’s gold holding have not been seen in 20 years and calls for information have gone largely unanswered. Only last month the Royal Bank of Australia stated on its website the Royal Bank of Australia’s gold is held in an allocated account at the Bank of England with individual bars with specific traceable serial numbers that are attributed to the RBA. The Reserve Bank goes further to assure the public that the gold is safe and that there are see processes in place to ensure that the gold is properly maintained and that inventory reconciliation is conducted periodically.

The pertinent question is why so much of Australia’s gold is kept out of the country and only a miniscule fraction accruing interest. Whether the gold is being sold to China or some other country is also immaterial, what Australians have been asking is what is all that gold doing in England. The governed of the RBA, Phillip Lowe stated that the gold reverse was in London because that is the gold lending centre. He said, Australia can lend its gold easily this way and get returns by being at that centre of lending. The RBA governor further iterated that there were no plans to sell bullion, buy or bring any gold back to Australia.

The Bank of England has been storing and trading bullion on behalf of other central banks for a few centuries now. It is the only logical place for central banks to store their gold reserves, so there is no conspiracy. Gold appears to be missing because central banks lease the gold to get returns. It’s a plausible explanation. Who is this gold leased to? It is leased to miners, traders who want to shirt the gold market or use the gold for some other reason. Billions worth of gold are traded or leased in this way every day.

The truth is that Australia has less gold than most people think. The gold that is in reserve now is probably too low since the Reserve band sold tons of the reserve in 1997. Australia’s holdings dropped from 20% to 5% which is extremely low when compared with other central banks fro developed countries like Germany, the US, France or the Netherlands which still own more than 50% of the gold.

Even though China and other Eastern countries buy so much gold, this gold does not end up in federal reserves but is owned by actual citizens who see it as the best asset to invest in. If anything, Australia needs to buy gold, but more importantly, Australians need to see gold as a great saving asset. The total global mine production of gold is around 3000 – 30,000 tonnes since 2008, China and India has been buying as much gold. There is no doubt that the physical gold market moved to the East, it’s not gold that is likely to be recycled or brought back anytime soon. So even if Australia’s gold has been sold off the demand for it in Australia has not gone up. The fact that these countries are buying more gold or central banks seem to be repositioning their stance on gold and recognising it as an important saving tool does not mean that there is some nefarious conspiracy. Human beings have been valuing gold for centuries and the world has not imploded. Things may look bleak, but this does not necessarily mean the world’s economy is on the verge of collapse. Gold has been there in the worst of time and in the best. It has always been a great store of wealth, not a harbinger of doom.