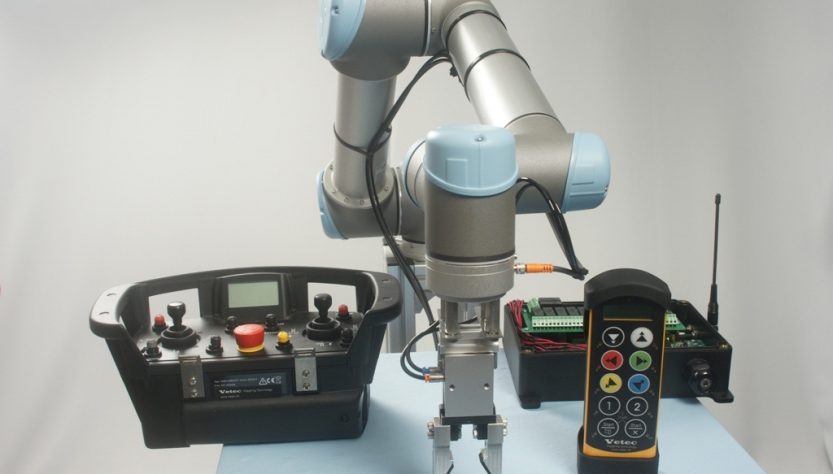 As the field of robotics changes, due to the introduction of collaborative robots, industrial robots are also changing with the trend.

Leading this change is the Danish company, Universal Robots. They have manufactured a range of collaborative industrial robots that have gained so much popularity in the industry. As a result, the company has kept on growing and building a new sector in the robotics industry.

Types of industrial robots made by Universal Robots

The UR 10 is one of the most popular industrial robotic arm from the company. It is a versatile collaborative robot that enhances the capabilities of a production process by eliminating all bottlenecks.

In addition, it enhances the speed of production and enables manufacturing entities of all sizes improve the quality of their product and grow.

For an industrial robot, the UR 10 is quite small and nimble. It is quite heavy weighing in at 33.5 kg and occupies some very little space in the factory floor. This is due to the fact that as a collaborative robot, it can be easily moved around the factory to complete different tasks.

It also requires a small working space with a reach of only 51 inches. The 10 in its name signifies the largest load in kg it can carry. For such a small robot, this is an impressive weight.

Further, it possess all the advantages of collaborative robots. Leading to its massive growth in popularity in the manufacturing industry.

The UR 5 is the other industrial robotic arm from Universal Robots. As the name suggests, it can comfortably hold a payload of up to 5kg. Being smaller than the UR 10, it occupies a much smaller space in the factory and is suitable for companies with much smaller products.

As a collaborative robot, it can be put to work quickly after acquisition. In addition, with additional end of arm fittings, this robot can competently handle as many tasks as you assign to it in the factory.

This is the most recent industrial robotic arm product from the company. It is much smaller and highly suitable for organizations that produce small products.

It has a payload of 3kg. It is much smaller compared to the previous robotic arms. It is lightweight and in spite of being a newer product than the rest, it is catching up pretty fast.

One of its most unique features is that it is now mostly used in the production of other collaborative robots.

Like the other two robotic arms, it is quickly deployed, easy to use and can comfortably work on a range of tasks as assigned to it.

End of arm fittings enable a single industrial robotic arm to complete several tasks within the factory set up. All that is required is the appropriate external fitting and proper instructions for completing each task as assigned to the robot.

Robotics as a service

With many small manufacturing entities not able to acquire or not needing a fulltime robot due to their scale of production, robot integrators are availing their robots to be paid for by the hour.

This is much more cost effective for the small entity and the return on investment is quick. It leads to higher quality goods that can fetch higher prices and lead to rapid growth in the entity.